World Peace... is it possible?

You want it? This is how we can accomplish it.

I’m not going to focus on any certain group, sect, cult, majority, or minority. No this is to all of humanity.

Abolish the hatred spread by religion. If you believe in one God, 10 Gods, the stars, or whatever… great! But here’s the catch. Someone thinks you’re wrong and more than likely wants you dead because of your beliefs. So if we can learn to live with our differences there should be no problems. History however has proved time and time again that the age of humanity is incapable of setting aside these religious differences. The problem is that everyone thinks they’re right, or that the other people are too “weird”. We’re not accepting, and it begins to stem back to an old saying… “Only the strong will survive!” So with that said maybe one religious group needs to go wipe out the existence of all other religions. If people won’t convert they should die. Right? I mean it’s only fair to enable the existence of a loving human race without wars. Basically we’ll have to either kill off all offending religions and make one unified religion, or learn to live together as we are and what we believe. Luckily for us we have plenty of religions to stand behind, and may the strongest win.
Posted by Ryno at 10:11 AM No comments:

People these days have no knowledge of handling their emotions in a civilized manner, nor do they know how to handle stress to where they don't break down internally. I'm reading the news, hearing it on television; everyday some illegitimate human being takes more and more people's lives. If you have a problem handling stress, TALK it out with someone close. Stop holding shit inside because you don't want to "hurt someone's feelings". Would you rather start hating the people more and more each day because you can't figure out how to let stupid shit out and get it off your chest. Do you realize how many murders are caused over this exact same thing?! People can't handle the stress and emotional baggage... everyone's going flipping nuts when this is the PERFECT time to reinvent your life, your habits, your everything! Hell even friendships are being ruined everyday because of some kind of stupid bullshit that people fight over... I know I just told two of them to fuck off and get out of my life... I won't deal with people who constantly put others down, start drama over stupid shit, or who constantly bitch about being depressed and then blame it on others. I've been depressed, I fixed my life, and I'm happier than ever. So wake the fuck up people and stop killing eachother over stupid shit!
-Ryno
Posted by Ryno at 5:26 AM No comments: 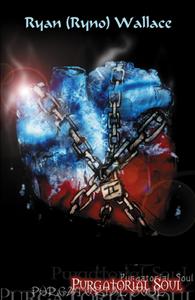 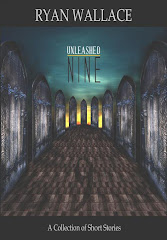